HomePress serviceNewsDigestThe Chairman of the Management Board of OJSC “Guarantee Fund” Malik Abakrov: Supporting Regional Entrepreneurs is a Major Priority 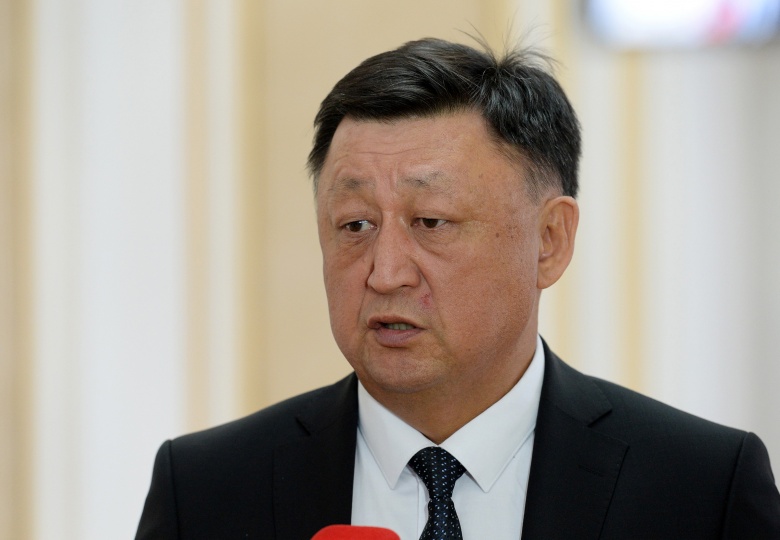 According to data, over the past year, the authorized capital has increased from 582 million KGS to 1.132 billion KGS, an increase of 195%, 946 guarantees were issued and showed an increase of 226% compared with figures for 2018.

“The number of guarantees issued exceeded by 150% the capital of OJSC “Guarantee Fund”, the lion’s share of guarantees was sent to the regions. Over the past year, the total amount of guarantees amounted to 932 million KGS, which is 182% more than in 2018. In 2020, we plan to increase the total amount to 1 billion 200 million KGS. In monetary terms, in all regions, the excess of the amounts of issued guarantees ranged from 108% to 300% compared to 2018,” he declared.

Touching upon the main direction of issued guarantees, the Chairman of the Management Board of OJSC “Guarantee Fund” said that special attention was paid to the areas of processing, construction of logistics centers and slaughterhouses.

Last year was very productive for us and for the country’s processing industry as a whole. In order to implement the Head of State’s policy on the development of regions, the main deviation was made specifically on regional projects. As significant examples, it is possible to note a textile factory in Osh region that is export-oriented. Also, the rubber shoe factory in Bishkek, the plastic pipe factory in Osh, which supports the implementation of the “Taza Suu” project in the regions. New enterprises were opened, the number of jobs in the regions increased”, he declared.

In conclusion, Malik Abakirov noted that OJSC “Guarantee Fund” will continue its activities aimed at supporting the country’s export potential.