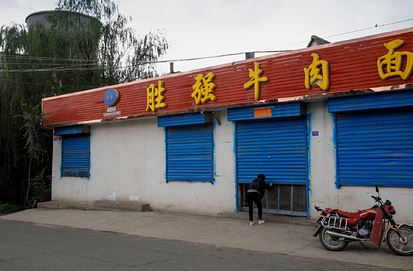 The economy of Asia is promised collapse

The International Monetary Fund (IMF) concluded that in 2020 the Asian economy will collapse by 2.2 percent, not 1.6, as previously assumed. The collapse is promised due to a general economic contraction and the coronavirus pandemic, CNBC reports.

Earlier in October, analysts at the investment bank Goldman Sachs said the Asia has a good chance of recovering from the coronavirus pandemic. The experts pointed out that both location and the fact that Asian countries were relatively well able to control the spread of the coronavirus.

The position of the countries of the Asian region largely depends on China. In the opinion of specialists of the investment company Invesco, while recovering, the PRC will pull the neighboring states with it. Manufacturing in China is now growing at the fastest pace in nearly a decade. Photo: Thomas Peter / Reuters

The publication contains statistical tables and graphs characterizing the number of operating enterprises, the number of employees in them, financial, economic and foreign economic activity, as well as production indicators of activities of SMEs.

It also contains data on the activities of peasant (farmer) households and individual entrepreneurs.

The publication contains the main scheme of the classifier of types of enterprises and brief methodological explanations for the indicators.