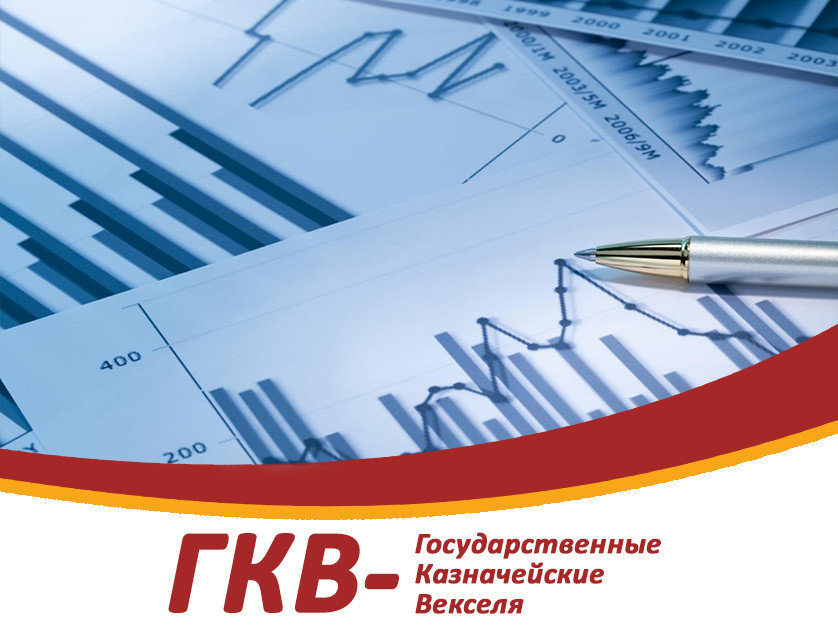 The Ministry of Finance announced preliminary volumes of the issue of state treasury bills (STB) and state treasury bonds (STG) as of May 2020. Such information is available on the website of the National Bank of the Kyrgyz Republic.

VICE PRIME MINISTER E. ASRANDIEV: “IN NEAR FUTURE, THE GOVERNMENT PLANS TO INCREASE THE capital of Guarantee Fund by another 1 billion KGS”

Many SMEs suffer large losses due to the spread of coronavirus infection and can be significantly affected by the consequences of the pandemic. In this regard, in order to smooth out the negative consequences in the economy, and to resume social and economic activity in the country, the Government of the Kyrgyz Republic is developing a package of measures to support SMEs.

This was announced on April 27 by Vice Prime Minister E. Asrandiev, during an interview on anti-crisis measures and the economic situation in the country in the Mayek program on Ala-Too 24 channel.

One of these measures is the development of financial instruments, which include providing guarantees to creditor banks on loans granted to SMEs with insufficient collateral value. In this regard, “The Government plans in near future to increase the capital of Guarantee Fund by another 1 billion KGS”, Erkin Asrandiev said.

As part of the implementation of President S. Zheenbekov’s Decree on declaring 2020 – the Year of the development of regions, digitalization of the country, and support of children, 88% of guarantees of OJSC “Guarantee Fund” are sent to the regions. Due to the guarantee support of entrepreneurs, a total of 2561 new jobs were created in the republic.

E. Asrandiev also emphasized that increasing the capital of OJSC “Guarantee Fund” will provide a great opportunity for enterprises to obtain the financing they need through access to credit resources on more favorable terms. Indeed, many entrepreneurs who used guarantees in the past were able to make sure that the guarantees of OJSC “Guarantee Fund” benefit the entrepreneurs: loans are successfully disbursed, production is evolving, enterprises have development prospects.

The decree extends that state of emergency in the cities of Bishkek and Osh, as well as Jalal-Abad region and At-Bashy district of Naryn region, until May 10, 2020 inclusive.

This Decree comes into force from the moment of signing, and will be sent for approval to the Jogorku Kenesh of the Kyrgyz Republic.

OJSC “Guarantee Fund”, in connection with the situation with coronavirus, prolonged the terms of guarantees for 86 guarantee receivers

In connection with the current situation in the global and domestic economies caused by the COVID-19 pandemic, SMEs turned out to be the most vulnerable. Many of them are faced with objective difficulties due to the reduction of orders, and as a result, a decrease in revenue, and the problem of sustainable work and maintaining stability in fulfilling their obligations.

Taking into account the current economic situation, OJSC “Guarantee Fund”, in order to support SMEs – guarantee receivers, to date, has approved 86 client applications for restructuring and prolongation of guarantee periods.

OJSC “Guarantee Fund” will continue to support SMEs, as before. Every entrepreneur who finds himself in a difficult situation due to a pandemic can count on an individual approach. 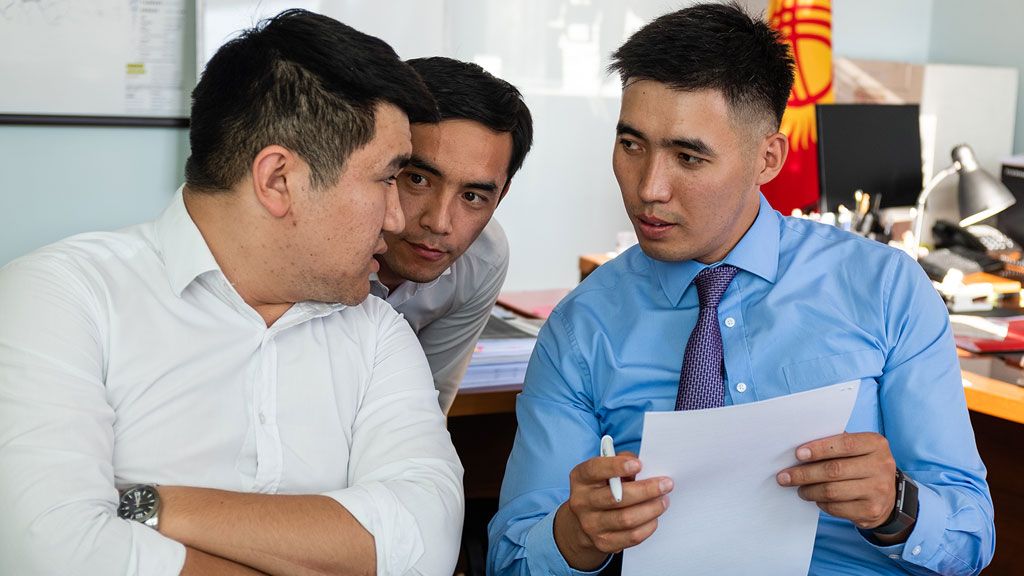 The Kyrgyz Republic’s development issues are not uncommon in the ADF countries. It relies heavily on its natural resources and on remittances from too many citizens forced to find better work and pay abroad. It needs to ensure decent affordable health care and other basic services but often lacks the public sector means or know-how to do so.

Diversifying economies, creating new jobs, and delivering frontline public goods and services are all areas in which the private sector can play a potent role. Recognizing this, the republic’s government has made development of the private sector—a major driver of growth—a prime goal.

The ADF’s support in this effort has come mainly through ADB’s ongoing Second Investment Climate Improvement Program. The program has included help for the government in constructing the policy, legal, and financial framework needed to encourage, negotiate, and close agreements for sound PPPs. The program’s current third phase is being financed by a $25 million ADF grant.

“PPPs open new possibilities, because the private sector is able to buy new technologies and practices and bring them in from other countries.”

Hanchoro Murzaliev, head of investment policy at the Ministry of Economy, calls ADB’s contribution to PPP development “huge,” and the PPP framework the partnership has created “among the best in our wider region.”

He particularly likes the hi-tech and rapid modernization advantages generated by private sector involvement in service delivery. “PPPs open new possibilities, because the private sector is able to buy new technologies and practices and bring them in from other countries.”

The framework and further reforms facilitated by the program paved the way for pilot PPP projects that have almost instantly upgraded the quality of an important medical procedure in the country while also bringing down the costs.

Hemodialysis centers opened in 2018 in the Bishkek, Jalal-Abad, and Osh regions. Developed with International Finance Corporation support as the DMC’s first PPPs, they have introduced up-to-date equipment and filtration methods for the treatment of patients with kidney diseases.

“This milestone was achieved using the ADB program’s policy matrix,” says Mederbek Ismailov, who heads the Strategic Planning Department at the Ministry of Health. “The program helped make these projects happen.”

Success has led to 18 new private dialysis center start-ups across the country. “There’s now a wider range of quality services,” says Mederbek, “and more competition has lowered prices for hemodialysis services nationally by about 25%.”

The ADF-funded Second Investment Climate Improvement Program in the Kyrgyz Republic also set up a credit guarantee fund for SMEs. These small and mid-scale growth dynamos already accounted for two-fifths of the country’s gross domestic product but were running out of the financing needed to continue to contribute to growth and job creation.

Edil Jarbolov and his wife, who raised horses for 20 years, are part of a special breed themselves. Entrepreneurs who start small and build from there have helped drive economic growth worldwide for centuries, including the spectacular expansions in many of ADB DMCs over recent decades.

The Guarantee Fund, set up under the program with a $3 million ADF grant, had as of June 2019 guaranteed 893 bank loans totaling $57 million to SMEs whose businesses would otherwise have stalled because of their inability to meet stiff collateral requirements or afford the high interest rates.

More than one-quarter of the guarantees have gone to women-owned and -led SMEs, and threequarters of the loans went to SMEs outside the capital, Bishkek. The fund’s capital has quadrupled to $16.5 million since inception.

“We wouldn’t have seen anything like this growth and development without ADB’s financial and technical assistance at the start,” says Malik-Aidar Abakirov, chair of the fund’s board. “The fund’s success is also attracting interest from other countries. Tajikistan authorities are looking at creating the same model, with the first guarantees expected to become available to Tajik SMEs by late 2019.”

When the Jarbolovs had a new idea, the fund was there to help. They had always raised a few cows on their Chuy Region farm and sold excess milk, but by 2015 the rising profits from these sideline sales had become too hard to ignore. They decided that dairy farming was the way to a bigger business and better future. By 2018, they had 50 cows.

“I’d made do with old equipment until then,” says Edil, 52, “and a cooling tank I’d made myself. But it wasn’t keeping the milk fresh enough, and buyers were sometimes rejecting it.”

The Jarbolovs lacked collateral, but the Guarantee Fund accepted an application, and a fund-insured bank loan bought the state-of-the-art dairy equipment the business needed to move forward.

Next steps are to repay the loan, which Edil believes will be easy now, and finance the children’s education—as well as think about buying another 100 cows.

This article was originally published in Together We Deliver, a publication highlighting successful ADB projects across Asia and the Pacific that demonstrated development impacts, best practice, and innovation. 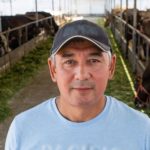 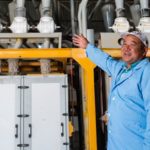 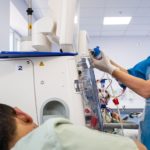