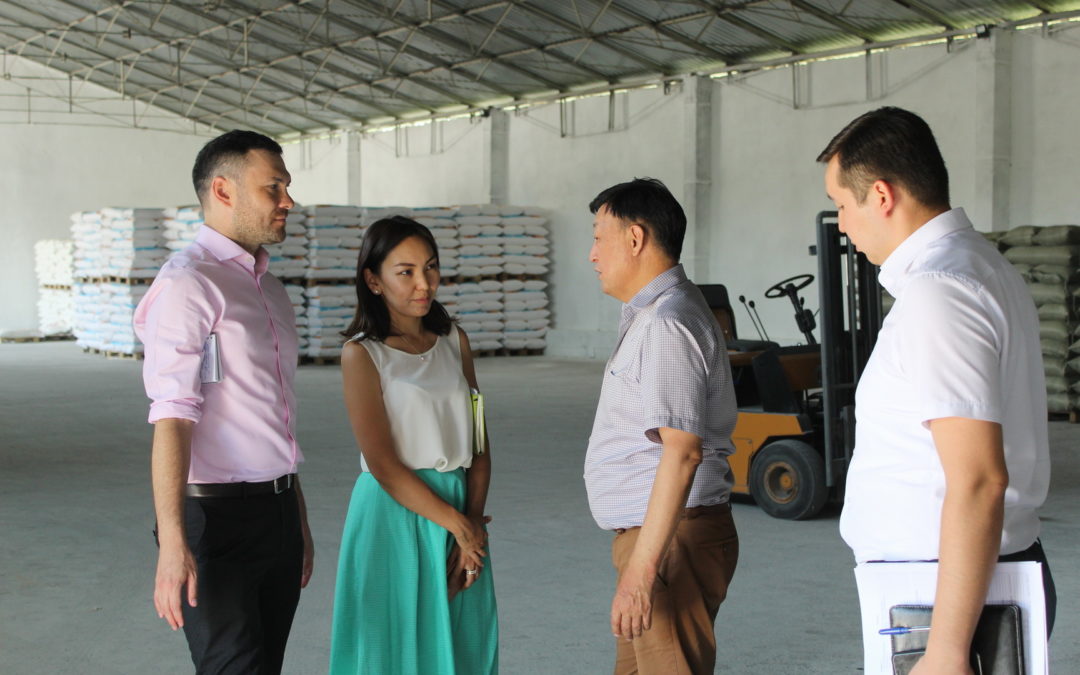 GUARANTEES ARE USEFUL: LOANS ARE SUCCESSFULLY DISBURSED, PRODUCTION IS DEVELOPING

A trip to the household.

On July 16, Chairman of the Board of the Guarantee Fund Malik Abakirov and representatives of the Asian Development Bank Murat Jadraliev, a specialist in the policy and partnership strategy department of the ADB headquarters in Manila, and Aliman Temirbek, external relations coordinator for the ADB Permanent Mission in the Kyrgyz Republic, visited a number of households of Chui region – flour mill LLC “Ai-Zi”, livestock farms PE “Vasilyeva Yu.A.” and LLC “Drujba dan”. The trip was also attended by Abai Bakirov, manager of the Medium-sized Enterprises Sector of OJSC “GF”. These farms are recipients of guarantees.

The trip was rich and interesting. ADB representatives were able to verify that the guarantees of OJSC “GF” are beneficial to entrepreneurs: loans are being successfully acquired, production is developing, enterprises have development prospects.

The employees of OJSC “GF” and representatives of ADB made their first visit to LLC “Ai-Zi” located in the city of Shopokov. The company buys most of the grain in Kazakhstan, Russia, the rest – from the local population. The production capacity of the flour mill is 5,000 tons of flour per month.

It should be noted that GF provided guarantee to the enterprise three times to obtain bank loans. Thanks to the loans, additional flour processing lines were acquired, the mill was modernized, additional equipment was equipped with technical equipment, and raw materials were purchased. Today, the company demonstrates good growth dynamics. For example, over one year, production capacity increased from 60 tons per day to 140 tons of flour per day. Accordingly, flour sales volumes increased.

“AI-Zi” produces flour of the 1st and 2nd grades under the brands “Dastorkon”, “Korona”, “Magnat”, “Belaya Korona”, “Kumtor”, “Narodniy”, “Dyikan” and “Aisultan”, which in the form of finished products are sent to 9 warehouses located in the cities of Bishkek, Kara-Balta, Tokmok, Osh, Kara-Suu, Batken, Kyzyl-Kiya, the regional centers of Aksy and Leilek. 54 people work here. A hostel was built for them, meals were organized, and other social bonuses were provided.

The second addressee is Private Enterprise “Vasilyeva Yu.A.” of the Sokuluk District. The farm is located in the village of Sokuluk, specializing in cattle cultivation, production and sale of milk. The activity began in 2006 with the purchase of 10 horses of the Russian Horse breed in Russia and Belarus. In 2008, the breeding highly milk cows of the breed “Burye Shvitsy” were acquired. The cattle house was built according to European standards. For fattening, its own clover crop is used, and additional feed is also purchased. The farm has a tractor with all the units, “Yeshka” hay harvester and a baler. The complex is designed for 300 head of cattle. Now 139 breeding cows of the Swiss and Holstein breeds are available, of which 40 are dairy, 52 are due to be calving in the near future.

On average, a client delivers 800-900 liters of milk per day to a local entrepreneur who produces yoghurts and cheeses. Milking is done with special milking machines.

Then a visit was made to Drujba Dan, located in the village of Sadovoy, Moscow Region. The company is engaged in breeding, fattening and sale of pigs of different breeds (magnus, body, landrace, large white, pintelli, etc.).

Drujba Dan is the largest supplier of pork meat in the Kyrgyz market (about 40% of all supplies). In total, 4 448 pigs are kept at 7 bases. One of them is reserved for 630 sows. A sow can farrow twice a year. In one litter, there are from 10 to 12 piglets. After 7-8 litters, the sow is sent for meat. From the moment of birth, piglets are fed for 6 months, then they are sold for meat.

Pig food is prepared and mixed directly at the base, where each category has its own proportions and ingredients. The main ingredients of feed for pigs are corn, wheat, barley, bran, soybean and sunflower meal, as well as special mixtures of vitamins and minerals. In summer and autumn, vegetables and fruits are added to the diet.

The organization also sells livestock feed and squeeze oil. Drujba Dan has already received guarantees from the GF. Loans were allocated for the purchase of feed, including the purchase of imported combined fortified supplements, calcium phosphate, wheat, corn, soybeans, etc. All farms visited by the Fund’s employees and ADB representatives are confidently doing business, have good credit histories, and a solid material base. If there is a need for further loans for the development, OJSC “GF” is always ready to consider applications from successfully functioning enterprises that have proven themselves to be reliable customers.

AUTHORIZED CAPITAL OF OJSC “GUARANTEE FUND” EXCEEDED A BILLION AND NOW IT IS KGS 1,132 BILLION

News of the day.

This happened due to the fact that the National Bank of the Kyrgyz Republic purchased an additional issue of shares of the open joint-stock company “Guarantee Fund” in the amount of KGS 550 million.

The funds are allocated at the account of OJSC “GF” today – July 19. Thus, the National Bank entered the number of shareholders with a share of about 49 percent. The authorized capital of OJSC “GF” has exceeded one billion and now amounts to KGS 1.132 billion.

If we compare the size of the authorized capital of OJSC “GF” with the indicators of the banking system, then it takes 8th place among the banks of Kyrgyzstan (!).

As noted in the Order of the Government of the Kyrgyz Republic of June 18, 2019, “additional capitalization of the OJSC “Guarantee Fund” will contribute to an increase in the number of guarantees issued, an increase in the volume of loans issued by partner banks, the average amount of guarantees, the volume of the guarantee portfolio, the number of created and supported jobs. “

The message of the NBKR.

– draft Regulation “On the creation and registration of guarantee funds in the Kyrgyz Republic”;

– draft Rules for regulating the activities of guarantee funds;

– draft amendments to some regulatory legal acts of the National Bank of the Kyrgyz Republic (as part of the regulation of guarantee funds).

Guarantee funds and other interested parties must submit their comments and proposals for drafts no later than August 12, 2019 to the email addresses: zmukashova@nbkr.kg ”, abeishebaev@nbkr.kg (in Word format). 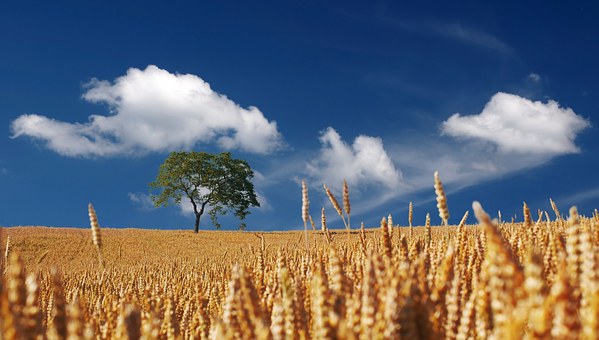 According to data as of July 19, 2019, the amount of loans approved by partner banks under the guarantees of OJSC “GF” exceeded KGS 4 billion and amounted to KGS 4 billion 40 million!

Since the beginning of 2019, 252 guarantees have been approved in the amount of KGS 428.2 million. The amount of loans under guarantees of OJSC “GF” amounted to KGS 1.287 billion.

The third loan from the RKDF

Guarantees under this loan are targeted and are issued to support regional entrepreneurs.