Since the beginning of 2019, as of June 20, 212 guarantees have been approved in the amount of KGS 358.5 million. The volume of guaranteed loans by partner banks exceeded one billion and amounted to KGS 1.037 billion.

To date, 79% of the loan of the RKDF (received in the fall of last year in the amount of KGS 100 million) has been disbursed. Guarantees in the total amount of KGS 78.982 million were received by 47 companies.

Since the start of operations, thanks to the guarantees of OJSC “GF”, 1,585 new jobs have been created and more than 7472 active jobs have been supported.

56 export projects worth KGS 192 million were supported. The amount of loans received under guarantee amounted to KGS 638 million. 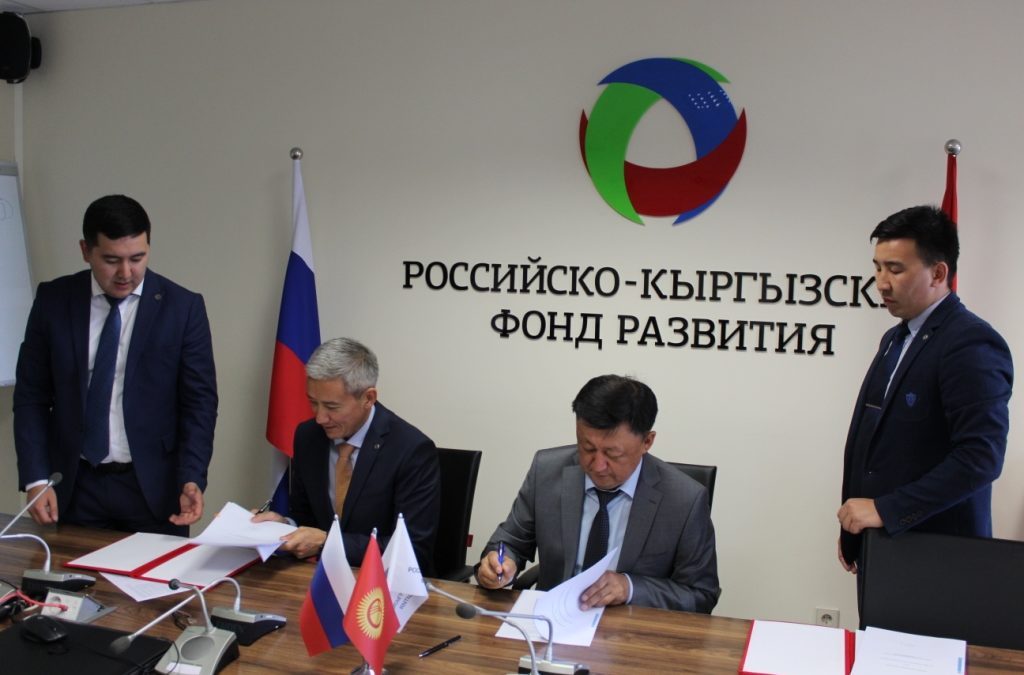 On June 19, 2019, in the office of the RKDF, the Agreement on the provision of a loan in the amount of KGS 100 million was signed between OJSC “Guarantee Fund” and the Russian-Kyrgyz Development Fund. The agreement was signed by the heads of two financial institutions Malik Abakirov and Erkin Asrandiev.

The funds of this loan are targeted and will be directed to guarantee support of regional entrepreneurs.

It should be noted that earlier OJSC “GF” already twice received a loan from the RKDF for similar purposes. One of them was successfully disbursed in 2018. The disbursement of the second loan continues. As of June 19, 78% of loan funds had already been disbursed. 46 business projects of regional entrepreneurs received the guarantee support.