As it is known, within the framework of the Concept, 20 pilot cities were selected as growth points, since the uneven distribution of the main production facilities is currently maintained: more than 70% of GDP is traditionally formed due to the gross regional product of the city of Bishkek, Chui, Jalal-Abad and Issyk-Kul regions.

Today OJSC “Guarantee Fund” actively works in the regions of the republic, including in the cities – growth points, providing guarantee support to entrepreneurs, helping them in implementing business projects, contributing to the socio-economic development of local territories.

Information on guarantees issued in cities-growth points as at 30.09.2018

Reference: The list of 20 growth points includes cities – Bishkek, Tokmok, Kara-Balta, Karakol, Balykchy, Naryn, Kochkor, Talas, Osh, Uzgen, Kara-Suu, Sary-Tash, Batken, Isfana, Kadamzhai, Jalal-Abad, Tash Kumyr, Kerben and Kochkor-Ata. Primary production facilities should be located around these growth points. At the same time, industrial and processing industries should be mainly focused on the use of local raw materials and products of local agricultural producers (according to the Ministry of Economy of the Kyrgyz Republic). 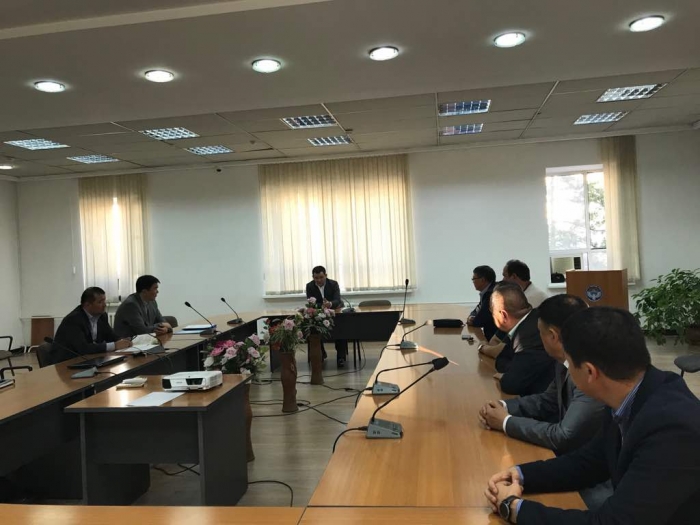