In March-April 2018, OJSC “GF” obtained a loan in the amount of KGS 100 million from the Russian-Kyrgyz Development Fund, intended for the guarantee support for entrepreneurs in all regions of Kyrgyzstan. During the past three months, 42 percent of the loan amount has already been disbursed.

The loan is issued in the form of guarantees to support small and medium-sized enterprises in regions and is successfully disbursed. Thus, for April-June 2018, 42% of the loan has already been disbursed. Guarantees are issued to entrepreneurs, including export-oriented enterprises, in all regions of the republic.

OJSC “Guarantee Fund” (OJSC “GF”) celebrated the second anniversary of its activity. OJSC “GF” was created on June 23, 2016 by the Decree of the Government of the Kyrgyz Republic No. 288-p. The main purpose of OJSC “GF” is to promote small and medium-sized enterprises (SMEs) of the republic.

Since then, OJSC “GF” has demonstrated excellent development dynamics in the process of SMEs guarantee support and is now on the trajectory of constant sustainable growth. The first guarantees were issued in November 2016. In total, from November 2016 and as of June 23, 2018, OJSC Guarantee Fund issued 472 guarantees in the amount of KGS 454 million. The amount of loans approved by partner banks under the guarantees of OJSC “GF” amounted to KGS 1.678 billion. Among the partners are 11 commercial banks with numerous branches in all regions of the republic, and the Russian-Kyrgyz Development Fund (RKDF).

In the Year of Regional Development in Kyrgyzstan, announced by the President of the Kyrgyz Republic S. Jeenbekov, OJSC “GF” performs a variety of productive activities that contribute to the implementation of SMEs business plans, employment of the population, reduce of migration, creation of infrastructure, and overall socio-economic development of regions.

In accordance with the plan of OJSC “GF” for 2018, the issuance of guarantees will increase by 160 percent compared with 2017. If in 2017 issued guarantees amounted to KGS 246 million, then in 2018 it is planned to issue guarantees for the amount of more than KGS 400 million.

The biennium of activity is an occasion to mention our partners – banks and RKDF! After all, the success of any business is always in joint creative work. As for our customers – entrepreneurs, the doors of OJSC “GF” are always open! To their services – guarantee support, consultations, financial literacy training, assistance in developing business plans!

OJSC “GF” has issued more guarantees since the beginning of this year than for the whole of 2017.

From the beginning of 2018 and as of June 23, OJSC “Guarantee Fund” (OJSC “GF”) issued more guarantees to entrepreneurs than for the whole of 2017 (235 against 234)! It is the result of the planned constructive work of OJSC “GF” to promote a new instrument – guarantee – in the financial market of Kyrgyzstan and evidence of correctly chosen development strategy! 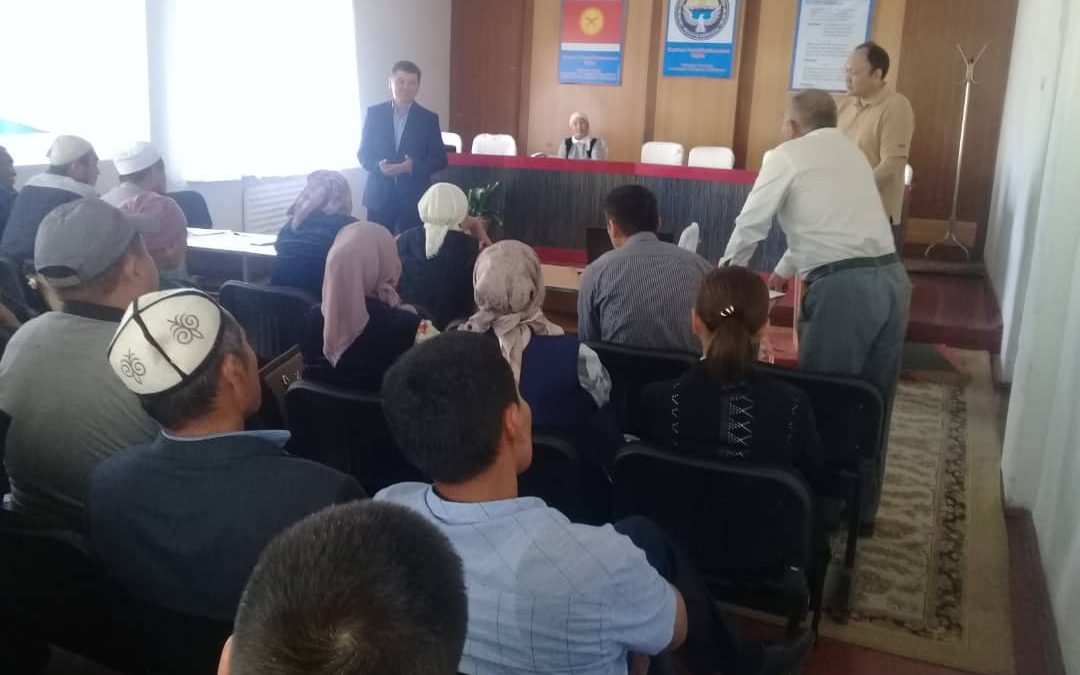